Showing posts from July, 2011
Show all

Lake of the Ozarks- Among the Nations Best Places to LIVE and BOAT!

By Fran Campbell - July 27, 2011
A recent article in the June 2011 issue of Boating Magazine , hailed the Lake of the Ozarks as one of the top ten boating destinations in the contiguous United States. The editors of the national publication surveyed the boater friendly places to live and boat and took into account the livability, public access, convenience, and also relaxing getaways that could serve those looking for either a primary or secondary boating home (Griffin, 2010). Coming in at number 7, the Lake of the Ozarks was touted for it sheer size, (55,000 square feet and 1,150 feet of shoreline), as well as the plentiful public and private lake access points. The Lake of the Ozarks is the nation’s largest man-made lake not created for flood control purposes. This means the lakes water levels remain more consistent, making living and boating on the Lake of the Ozarks much more enjoyable than most man created lakes of it size. The Lake of the Ozarks also won acclaim for the availability of waterfront proximity home
Post a Comment
Read more

Preschooler Activities at the Lake of the Ozarks

By Fran Campbell - July 22, 2011
Have you ever wanted to come to the Lake of the Ozarks for a vacation getaway, but were not sure if there would be enough activities for your active toddler or preschooler --not to worry, there is plenty for children of this age. I speak from the experience of having two grandsons, who only stop to sleep. One of my grandsons’ favorite activities is the Funny Farm Petting Zoo in Laurie, MO. If you want to preview the animals and get the little ones excited look them up on Facebook. The guided tour is paced to meet each child’s level of interest. During the tour the children are allowed to pet and feed animals as they learn about them. For this trip take drinks so the little ones stay hydrated. Your little ones might also enjoy going to the Camdenton city pool, but Eldon and Versailles also have city pools. If you want even more water fun Big Surf Waterpark with free admission up to age 4 is the place to go. Tropical Splash Island, at Big Surf Waterpark, is a fabulous water playgr
Post a Comment
Read more

By Fran Campbell - July 13, 2011
Whether you are a local at the Lake of the Ozarks, visit every weekend or only a couple of times a year chances are when you’re not enjoying the fabulous shopping available at the Lake of the Ozarks or dining at one of the lakes famed restaurants, you are spending your time on the water. Regardless if you take pleasure in swimming, skiing, tubing, piloting a personal watercraft, just coveing-out and working on your tan, here are some safety tips you should keep in mind while boating on the Lake: • Always follow the guidelines set forth in your vessels operating manual with regards the maximum weight capacity. Always account for heavy objects on board like large coolers or oversized anchors. • Operating a boat while intoxicated is a criminal offense subject to fines and/or jail time so always make sure you have a sober captain, who is familiar with Missouri boating guidelines. • All vessels sixteen feet or larger must carry one coast guard approved personal floatation device for every
Post a Comment
Read more

Vacation Home Sales on the Rebound

By Fran Campbell - July 06, 2011
Some of the hardest-hit cities in the housing downturn were from vacation home areas, but now these areas are seeing a surge in sales. Condo sales in Hawaii and Florida are inching upward, Housing Predictor reports. For example, in the first two months of 2011, existing condo sales in Oahu, Hawaii, increased nearly 21 percent and the median prices on these units jumped 7 percent higher than more than a year ago. “We’re definitely seeing continual strengthening of the market as more buyers are taking advantage of low prices and low rates to buy second homes and vacation homes,” says Jeff Proster, president of Brookfield Homes in Hawaii. Meanwhile, closed transactions of existing condos in Miami jumped 58 percent higher in February compared to a year ago. “We are even seeing instances in certain neighborhoods with multiple offers above asking price,” says Jack Levine, the Miami REALTORS® chairman. Florida has seen improvement in its sales across the state with sales jumping 29 pe
Post a Comment
Read more 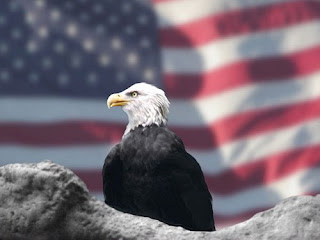 Fun, the Fourth of July and the Lake of the Ozarks go together like firecrackers, sparklers and Old Glory. You can enjoy celebratory activities and a host of events scheduled for the holiday weekend. What better place to join the revolutionary revelry and express your inner patriot. Just a few of the entertainment options you can enjoy at the Lake during Independence Day weekend include, golfing, boating, swimming, fishing, restaurants, nightclubs and many awesome fireworks displays. So while you enjoy this holiday, take time to be thankful for this wonderful country that we live in and the people who have sacrificed for us to be able to live as we do.
Post a Comment
Read more

What's Happening at the Lake of the Ozarks This Weekend