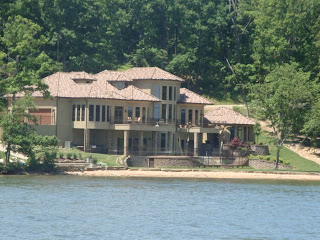 Considering selling your home this Winter? That’s a great Idea! We’ve been talking to a lot of sellers lately that are in the mindset that it is better to wait for the spring market to list their homes. These sellers are correct in knowing that more homes are sold in the Spring than any other time of the year. Over 30% of homes sell in May, June and July. The Fall and Winter can also be a great time to put your home on the market. For one, the competition for buyers is a lot lower. If you look at the chart below, you will notice that there are always more homes on the market in the Spring and less in the Fall leading into the Winter months. This unneeded competition in the Spring can end up hurting the value of your home. Another upside to listing right now is that you will be dealing with serious and motivated buyers only. A look-loo will not waste your time looking during the Winter months. Buyer’s looking right now are typically have-to buyers. The majority of corporate reloca
Post a Comment
Read more

By Fran Campbell Team - November 05, 2009
By STEPHEN OHLEMACHER (AP) WASHINGTON — Buying a home is about to get cheaper for a whole new crop of homebuyers — $6,500 cheaper. First-time homebuyers have been getting tax credits of up to $8,000 since January as part of the economic stimulus package enacted earlier this year. But with the program scheduled to expire at the end of November, the Senate voted Wednesday to extend and expand the tax credit to include many buyers who already own homes. The House could vote on the bill as early as Thursday. Buyers who have owned their current homes at least five years would be eligible for tax credits of up to $6,500. First-time homebuyers — or anyone who hasn't owned a home in the last three years — would still get up to $8,000. To qualify, buyers in both groups have to sign a purchase agreement by April 30, 2010, and close by June 30. "This is probably the last extension," said Sen. Johnny Isakson, R-Ga., a former real estate executive who championed the credits. The
Post a Comment
Read more
More posts